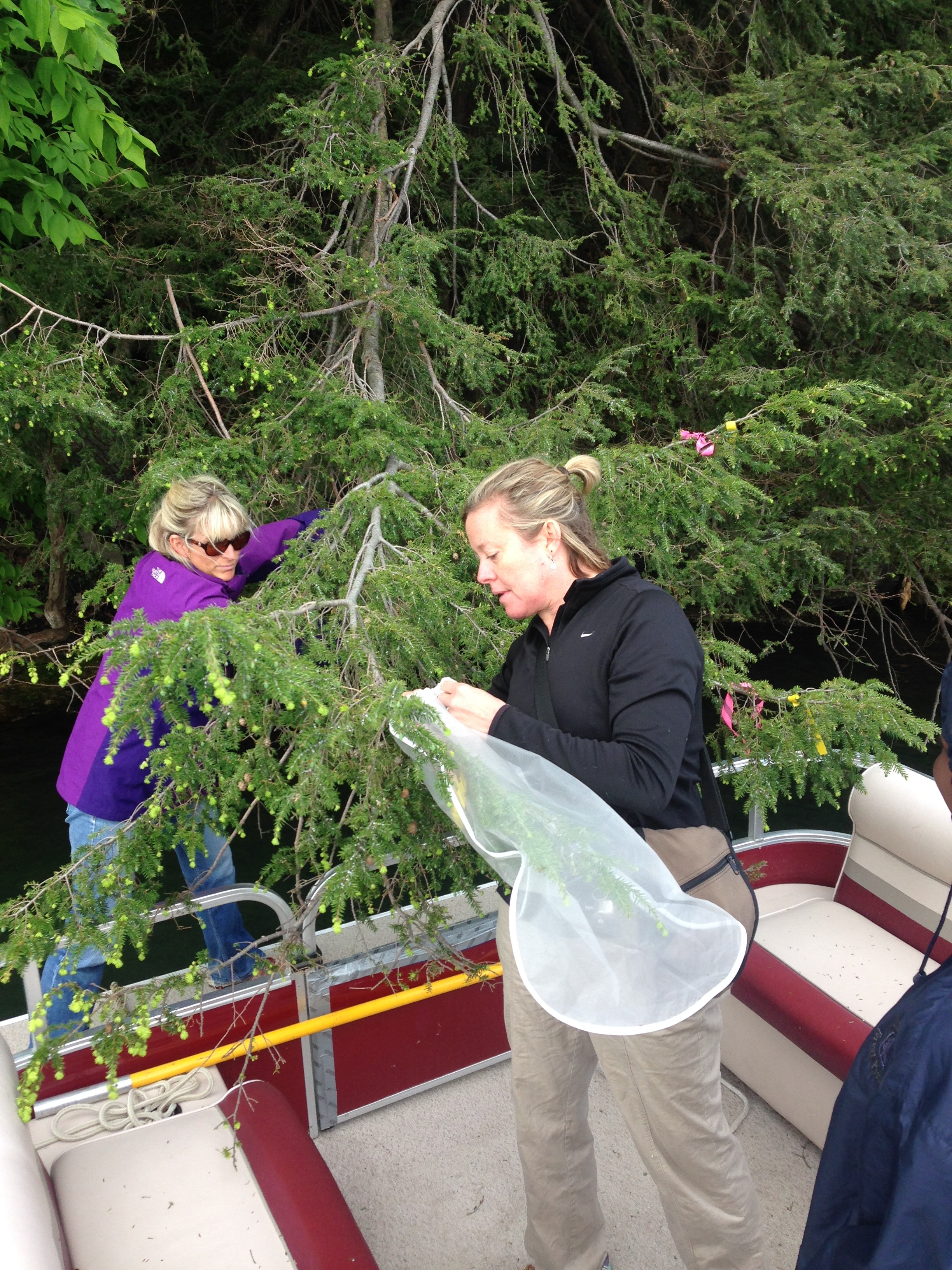 New biocontrol agents targeting the invasive insect Hemlock Woolly Adelgid (HWA) were released last week for the first time in New York State. The two species of silver fly, Leucopis piniperda and L. argenticollis, are being imported from the Northwestern US, where they are the second most abundant predator on HWA in its native range.   Mark Whitmore, a researcher from Cornell University and a principal investigator on the project, hopes that these new flies will establish and, in association with other introduced predators (Laricobius nigrinus and Sasajiscymnus spp.), effectively control HWA populations.

This research project has been a collaborative effort between scientists from University of Vermont, Oregon State University, Penn State University, Cornell University and the Forest Service based in New Haven, CT. Collaborators in Oregon collect and ship materials to a quarantine facility in New Haven, where Leucopis predators are raised and then sent to release locations. Currently, flies have been released at sites near Skaneateles Lake New York and Tennessee.

So far the flies are showing promise for successful establishment at the Tennessee release sites. Researchers plan to continue monitoring survival and reproduction in bag experiments and survey for fly presence at wild release sites throughout the season.

Looking to the future, researchers are applying for the release of predacious beetle Laricobius osakensis (approved federally and currently in testing in Tennessee), and approval of several predatory lady beetles (Scymnus coniferarum, Scymunus camptidromus) may be in the works. HWA poses a serious threat to the health of forests across the Eastern US, where hemlocks cover approximately 2.3 million acres. HWA can colonize trees of any age, and their feeding causes dieback as leaves and branches to dry out and drop from the tree.   Severe infestations can kill a mature tree in as little as four years.