From The Associated Press

By Michael Casey and Patrick Whittle

PETERSHAM, Mass. — In a towering forest of centuries-old eastern hemlocks, it’s easy to miss one of the tree’s nemeses. No larger than a speck of pepper, the Hemlock woolly adelgid spends its life on the underside of needles sucking sap, eventually killing the tree.

The bug is one in an expanding army of insects draining the life out of forests from New England to the West Coast. Aided by global trade, a warming climate and drought-weakened trees, the invaders have become one of the greatest threats to biodiversity in the United States.

Scientists say they already are driving some tree species toward extinction and are causing billions of dollars a year in damage — and the situation is expected to worsen. 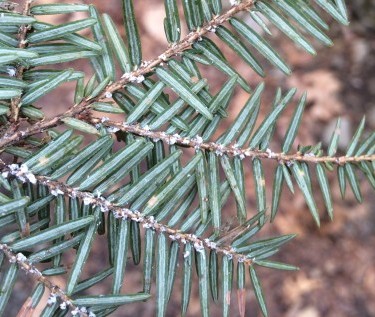 Abstracts of Interest: December 2016Executive Order Released – Safeguarding the Nation from the Impacts of Invasive Species