Biological control programs are one of the best, and quite often the only, long-term solution to managing invasive plants and animals.  In order to be introduced in the state, biological control agents must first be federally approved, and also approved by New York State.

The psyllid Aphalara itadori, a sap-sucking insect native to Japan, is currently the only biocontrol agent for knotweeds.  A. itadori has been released in the U.K. and Canada, but establishment success has been variable with no obvious impact on Japanese knotweed in the field.  A. itadori was officially approved for release in the US on March 20th, 2020.  Field releases in New York (and other states in the US) have occurred in June 2020 to assess performance of A. itadori.  Due to the difficulties in establishing this species and the limited impact observed, re-distribution efforts will only occur if the species shows promise in field tests.

Outlook:  If A. itadori shows promise, re-distribution efforts will occur in a few years. In the meantime, additional herbivores from the native range will be evaluated for their safety and promise as additional biocontrol agents for knotweeds.

Galerucella birmanica, an Asian leaf feeding beetle, is currently the focal agent of the water chestnut biocontrol program and studies are being conducted at Cornell’s quarantine facility using insects originally imported from China.  Host-specificity testing is complete, but researchers will continue to explore interactions between leaf-feeding beetle, G. birmanica, and native species. This work will last through the 2020 field season.

Outlook:  A petition for field release of G. birmanica is expected to be submitted to the USDA Technical Advisory Group in fall of 2020. G. birmanica has a large impact on water chestnut in its native range in Asia and similar impacts on North America populations are anticipated after field release.

The predaceous beetle Laricobius nigrinus is the most broadly established agent for hemlock woolly adelgid (HWA) and the only agent independently spreading and reproducing in abundance in the Eastern US.  Two silver fly species, Leucopis argenticollis & L. piniperda, whose larvae feed on HWA eggs have been released at a number of sites since 2015.  Researchers in New York are currently developing and optimizing lab-rearing protocols for these three agents, as well as conducting studies on their biology, behavior and establishment in the field.  Scymnus camptodromus, a ladybird beetle native to China, is not yet approved for release, however shows promise as an agent and may be the target of future investigations.

Outlook:  The New York State Hemlock Initiative is engaged in actively researching, rearing, and releasing predators (Laricobius nigrinus and Leucopis spp.) at field sites across NY State, with the goal of implementing and assessing the efficacy of biocontrol as a long-term strategy for managing HWA in NY.

While several biocontrol agents are currently in development for swallow-wort biocontrol, the leaf-feeding moth, Hypena opulenta, is only agent approved for release in the US. H. opulenta was first released in 2013 in Canada, and in New York in 2018. In Canada, individuals have successfully overwintered and established, though agent density and subsequent feeding damage to plants has not yet reached levels that are likely to impact plant fitness. Lab-based experiments have documented negative impacts of larval feeding on plant reproduction and plant biomass. In the US, difficulties with mass-rearing have led to fewer individuals being released into research sites than anticipated.

In Europe, testing has resumed on the root-feeding beetle Chrysochus asclepiadeus. In a lab setting, this agent consumed native milkweeds, however an open field test conducted this summer in Europe revealed adult beetles are much more specific to swallow-wort than previously supposed. Follow up field tests to investigate further are planned for 2019.

Outlook:  H. opulenta populations and their impact will continued to be monitored and further experimental releases are planned for 2020 in New York.  Researchers are conducting pre-and post-release swallow-wort and vegetation monitoring at select sites in the state to determine impact of this agent. Populations of H. opulenta may take several years to establish and reach densities that can negatively impact swallow-wort populations. Once mass-rearing issues are overcome, this agent will potentially become more widely available for those wishing to participate in releases. 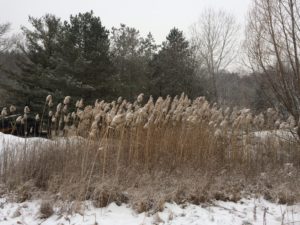 Currently two European stem-feeding moths, Archanara geminipuncta and A. neurica, are the most promising agents in the Phragmites biocontrol program.  Common garden experiments in Europe have documented reduced flowering, stem height, and biomass on Phragmites attacked by these agents.  Due to the high degree of relatedness between invasive and native Phragmites, non-target impacts on native Phragmites was a concern that was addressed in detail in this program.  Experiments assessing agent preference between native and introduced Phragmites have shown Archanara exhibits a high preference for introduced Phragmites.  A more complete risk assessment indicated that field release of these to moths represents little risk to native Phragmites populations.  In Spring 2019, regulatory agencies in Canada approved field release of these moths and the Technical Advisory Group in the US recommended field release as well.

Outlook: Canadian authorities will proceed with field releases of agents in 2020, most likely in Ontario.  Researchers are now working with USDA/APHIS and USFWS to produce the documents needed for a notification in the Federal Register, which would be the next step in allowing for agents to be released in the US.  This may take up to a year or longer, depending on speed of review at federal agencies 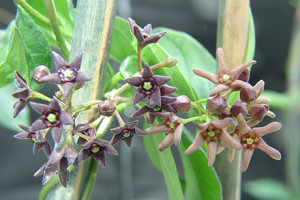 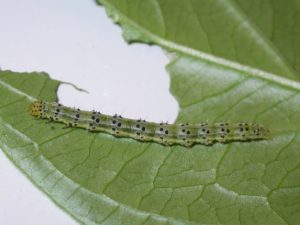 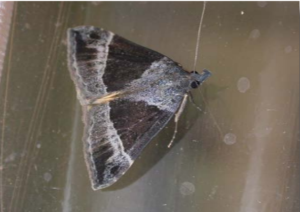 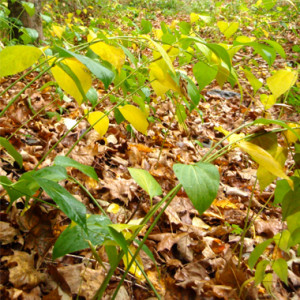